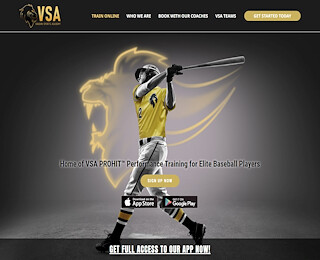 Let's look at some of these professionals who have delivered the baseball training lessons that make Vaughn Sports Academy what it is today.

Bienvenido “Ben” Rivera Santana is a retired Major League Baseball player who played from 1992-1994 for the Philadelphia Phillies and Atlanta Braves. Sometime in 1993, he pitched for the Phillies in the World Series.

That was  before he played for the Atlanta Braves organization in the minor leagues and playing in the Dominican, Mexican, Taiwanese, Korean and Japanese leagues.

Ben is also an established pitching coach who was the Pitching Coach at Trinity International Christian Academy in Lake Worth when that team won State Championships in 2016 and 2017. He is currently a coach of the Boca Raton PawSox youth travel baseball teams.

During his time in the MLB, Mike played for the Houston Astros, the California Angels, the Pittsburgh Pirates, the Boston Red Sox, the New York Yankees and the Philadelphia Phillies As a member of the Pirates; he was selected to the National League All-Star Team in 1981 and was a part-time player on the Pirates' World Series championship team of 1979. His accomplishments on and off the pitch earned him an induction into the Cleveland Sports Hall of Fame in 2004. After his 16 year stint with the MLB, Mike became a hitting coach for the Boston Red Sox.

Wally Horsman is a Canadian-born professional baseball player and coach. He played for the Canadian National Baseball Team and was awarded the Nova Scotia Olympic Trust Fund in 1987. Wally has spent over twenty years as a catching and hitting instructor and has facilitated many baseball camps, clinics, and distance learning training for players abroad. He also has extensive experience training Major and Minor League MLB players.

Each of the coaches is excellent online baseball coaches that can effectively deliver baseball training online.

Give your kids the head start they need

At Vaughn sports academy, our mission is to provide the right mentoring for children and help them realize the immense potential that lies within them. We help them develop their self-confidence to achieve better results in the field and other aspects of their lives. Importantly, we believe that children can only learn new skills if they’re enjoying the game. Thus, our training routines greatly encourage having fun while imbibing the right technique and values to make them better players. Register your child for a free clinic today, and you won’t have any regrets.

We welcome your comments!

We're currently offline. Send us an email and we'll get back to you, asap.